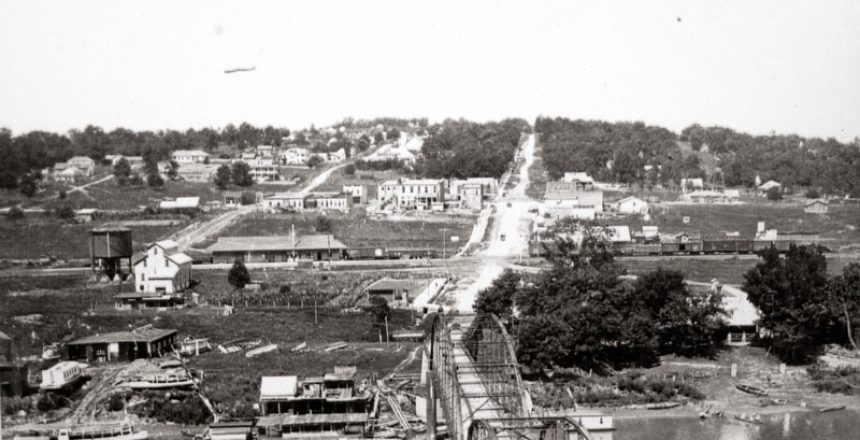 Photo provided by Branson Convention and Visitors Bureau 1 of 1

While Branson is known more for live music and tourist attractions, there are many historic Branson sites that are sure to excite traveling history buffs.

Historic Branson sites you must visit

Historians say this cave was first discovered in 1883.

There are plenty of formations that you can view closely including flowstone (cave bacon), “curtains,” stalagmites, and stalactites.

Talking Rocks Cavern also has a large cathedral, which is flowstone and drapery mineral mineral deposit approximately 90′ tall and 50′ in diameter.

There’s not much wildlife in the cave due to no outside access (so, no bats), but you might see the occasional salamander.

In the 1920’s, Dr. Robert Good, then the president of College of the Ozarks, decided he would like to have a museum on campus grounds – located in Point Lookout, a couple miles south of Branson.

The museum started as a simple place in the basement of Abernathy Hall, the boy’s residence hall.

When the residence hall was vacated, the college raised funds to convert the entire building into a museum.

Ralph Foster, dubbed a “pioneer of radio” in the area, held an interest in The School of the Ozarks and turned over a vast collection of Native American artifacts over to the museum.

Because of his generosity, the school renamed the museum the “Ralph Foster Museum” in the 1960s.

The primary focus of the Ralph Foster Museum today is to collect, preserve, interpret and exhibit items relating to the Ozarks region. You’ll find antiques, weapons, dolls, natural history, and more at this historic Branson site.

Before this became a tourist attraction, this railroad track was called the White River Railway.

According to Branson Scenic Railway’s website, the railway was built in two sections beginning in January 1902. The northward line began at Batesville, Arkansas and the southward started from Carthage, Missouri.

Despite the difficulties stemming from hundreds of miles of rugged hills and valleys, the 239 miles of track was finished on December 29, 1905.

According to author Walter M. Adams, the town of Branson is a product of this railroad. It made the area accessible for tourists and is largely responsible for the development of the area.

You can purchase an excursion on this historic Branson railway from March to December and ride in restored vintage passenger cars!

The train will allow you to view historic landmarks such as Crest Tunnel, Cricket Tunnel, Walnut Creek Trestle, Barren Fork Trestle, and Tharp’s Grade; as well as the extinct communities of Gretna, Melva, and Ruth.

This 1890s homestead just a little over nine miles north of Branson in Walnut Shade, is home to the famed Kewpie creator and “Sweet Monsters” illustrator, Rose O’Neill.

O’Neill named her estate after a stream that ran near her family’s original cabin. The original homestead burned down in 1947 so the building that now exists is a reconstruction of the original home. However, it is furnished in the style of a home typical of the era when O’Neill’s family occupied the home.

Shepherd of the Hills

Harold Bell Wright, author of the 1907 novel “The Shepherd of the Hills,” lived on the very site of this namesake attraction that puts on outdoor performances based on the tales of the legendary book.

The Shepherd of the Hills property you can visit today was actually owned by John and Anna Ross. Wright camped outside their homestead for inspiration for his book which became the first novel to sell one million copies in the U.S.

Today, you can visit the site to see the Ross’ original home, Morgan Community Church (moved to Inspiration Point in 1991 for visitors to see what churches looked like in the era), and Inspiration Point.

The “Outdoor Drama” show you can attend features live reenactments of tales from the historical novel written by Wright.

Where to stay after visiting historic Branson sites

After you’re done touring all of the historic Branson sites your heart desires, relax at a hotel that delivers luxury and comfort you can afford.

We offer well-appointed rooms, some with private jacuzzis, and are incredibly close to many of Branson’s attractions. In fact, we’re just 4 miles from The Shepherd of the Hills!

3 corn mazes in Branson your family should visit this fall

Receive exclusive discounted rates on all our room types.